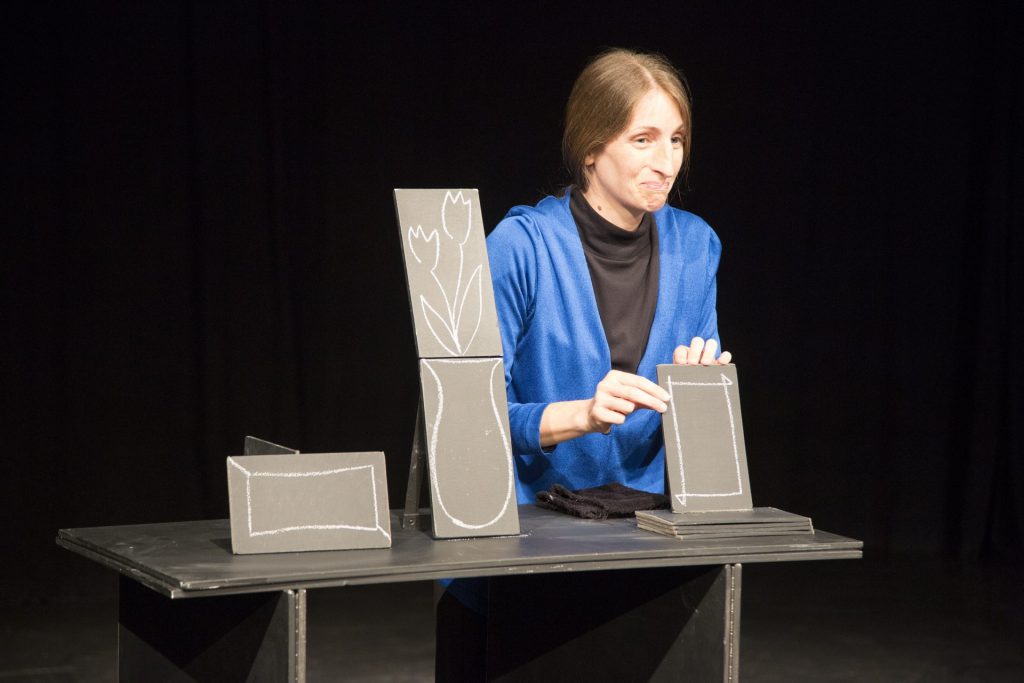 Cornici/Frames tells a story in three acts: three subsequent moments connected by a common thread. The first two stories – each told by one of the actresses – are two wordless monologues that serve as an introduction to the two women’s daily life and differences.
Then, they will tell the third story together, revealing the family bond that connects them only at the end. Good and bad memories are able to turn the past into present for a few moments, through graphic sign, the constant transformation of objects and the actresses’ expressiveness.
In the show, memories are not only part of the two women’s imagery, but they become visible on stage: the colour red suddenly emerges within the black and white frame of the first two acts, disrupting the daily routine of the two protagonists and guiding them to the last act of the story.
In the third act, a hat and a pair of red eyeglasses will outline the profile of the third protagonist. Mother and daughter will then remember together, their emotions revealing that the memory remains.