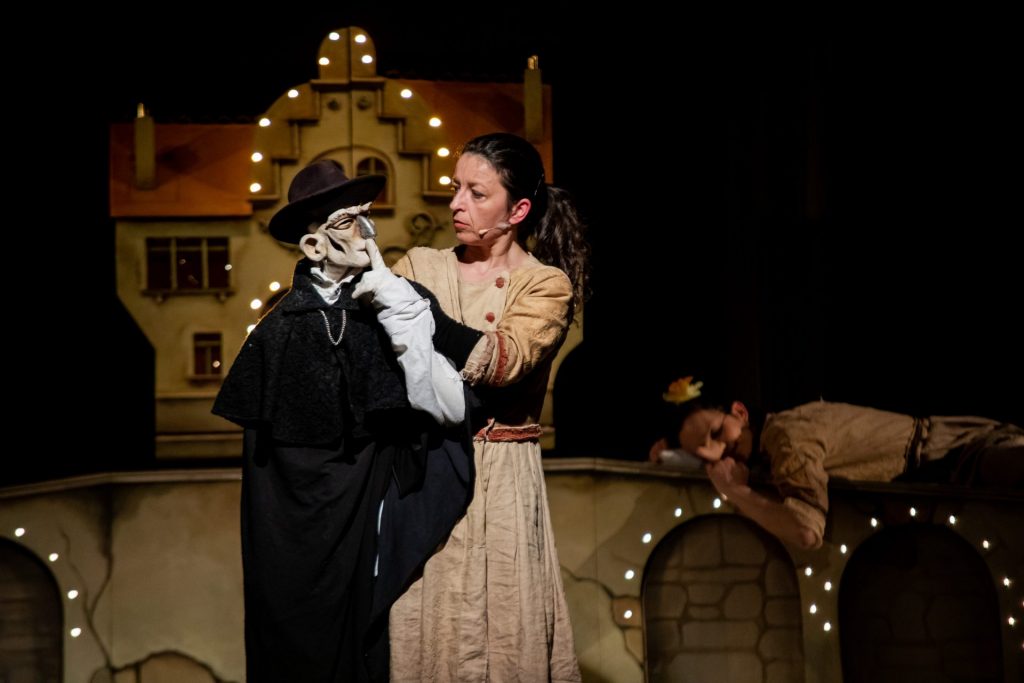 The story unfolds through the eyes of Lucia, the heroine of Calvino’s tale: much like her sisters, she is deceived by the villain, but unlike them, she succeeds in unveiling his lies, discovering the truth, and walking in his shoes. So she tells him exactly what he wants to hear. Lucia plays with his lie, so that he remains alone with his deceit, and she can save herself.
On her own, Lucia “learns and understands”, and what she learns she puts in her “safe place”.
That is where we put the important things, the ones that we need while we grow up. She looks at the two sides of the lie she’s told. The lie in itself, told by Naso d’Argento, and the lie as a tool and end, which Lucia uses to have her life saved. A lie that turns into a secret, into a truth that is just for her, something necessary to grow up. Through the story of Naso d’Argento, the project explores the topic of lies, looking into what it is children have to do to grow up: sometimes, this involves meeting the villain and his lies, and knowing what to do.