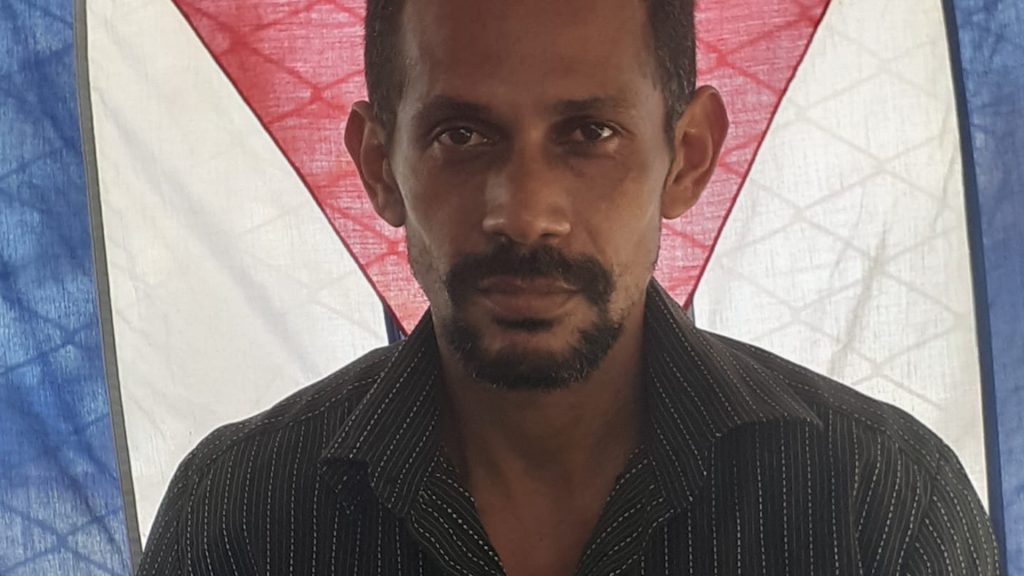 A story from Cuba

This is the story of a new-born chick.
An egg rolled out the nest, and it rolled and rolled until the eggshell broke and a small beak came out, then a little yellow head, two wings and a two little feet. The chick that started to walk across the island of Cuba, looking for its identity…